For our September WNC CRAFT gathering, we took a drive into Madison County to visit Grassroots Farm & Dairy where we learned about starting and running a small-scale sheep dairy with Andrea Van Gunst & Tim Gallagher. They are the proud owners and operators of the farm raising tri-purpose East Fresian sheep with help from Abby Martell, their farmhand. They sell raw milk, yogurt, wool for bedding, sheepskins, and meat online and at the North Asheville Tailgate Market. Why run a small-scale sheep dairy?

Running a sheep dairy was not the farm enterprise Andrea imagined she’d be running when she first got into farming several years ago. She worked on several different vegetable farms in Western NC as an apprentice before venturing out on her own growing vegetables for direct markets on three different pieces of leased land.

After a few years, she decided to take a break from growing vegetables. Inspired by Tim’s time growing up in Spain, they decided to experiment with raising & breeding sheep. They bought 18 and sold 8 to help pay for the 10 they kept as a trial run to see if they liked raising livestock. And, spoiler alert, they liked it!

Around this same time they had been in the market for farmland to buy, and having settled on sheep as their main enterprise it helped hone in their search for land. They were able to buy the farm in 2015 with help from a USDA Farm Service Agency loan, and moved onto the land in February 2016. The first goal was to establish a place to live and raise their family on the land, and incrementally grow the farm. They loved in the milking parlor while they fixed up the house. Then, re-did the parlor to meet Grade A dairy certification standards after that.

Raising sheep not only fit their quality of life goals, but they saw it filling a niche in Western NC where there are multiple vegetable and meat growers at each market. They are 1 of only 2 bigger sheep dairies in the entire Southeast.

A typical year on a small-scale sheep dairy:

Sheep are excellent grazers. They are lighter on the land and on steep slopes, and you can fit more animals in a section of pasture than cows. Making sheep ideal for the steeper slopes on Andrea & Tim’s land. The main trouble with raising sheep is that they don’t handle parasites well. So, a lot of their management revolves around limiting their parasite or worm load. On a pasture-based system that means rotating the flocks frequently, and keeping pastures well-tended.

At Grassroots they aim to rotate each flock to new pasture every 7 days (9 at the most). Once a flock is moved it will not return to that part of the pasture for at least 6 weeks. This gives the grasses and forages ample time to recover from grazing increasing its resilience. It also allows time for the parasites that are left in the field to complete their life cycle, reducing reinfection rates in the flock. Timing is everything!

Andrea & Tim use the FAMACHA diagnostic tool to keep an eye on the sheep’s parasite load, and will deworm individual animals once a year if they need it.

Hot electric fences and well-trained guard dogs are also key to their grazing system. The perimeter fence on the farm is old and falling down so they rely on electric netting that they haul all over the farm. A woven wire perimeter fence is the next big investment they are planning for the farm. It will greatly reduce the labor put into hauling portable fences.

While they would like to be a fully grass-based operation, Andrea & Tim do feed their sheep non-GMO grain. When they bought the land the pastures were degraded, and they are continually working to improve them. Even though they’ve seen a 100% improvement over the past few years the pastures are not thriving enough to keep the flocks’ healthy. So, they supplement with grain in the meantime.

During the tour, Tim walked us through a typical milking. Currently, they milk about 35 ewes and would like to eventually build that up to 75-100. The sheep move to the corral in the barn then through a small gate into the milking stanchions in groups of 6. There they are milked before being shuttled back out to the field. Each flight of sheep takes about 10 minutes to go through.

After seeing the process from the sheep’s perspective, we followed the next steps of the milk. The fresh milk moves to a bulk tank and is quickly cooled. Then, they can bottle the milk to sell at market or process it into yogurt.

Currently, they must label all their dairy products as “not for human consumption.” Grassroots is close to being a Grade A dairy which means they can sell milk and yogurt for human consumption. Finances have been the limiting factor. Acquiring all the necessary equipment is expensive, and they’ve been adding in things as they can. The last steps include creating a small lab where they can test the milk for antibiotics, and adding a chart recorder that constantly tracks the temperature of the milk in the bulk tank. It won’t be long now!

We can’t thank Andrea, Tim & Abby enough for welcoming us on their farm and sharing their unique perspective as small-scale dairy farmers. Looking forward to the next time. Until then, happy farming!

Now is the time to join CRAFT for 2019! WNC CRAFT is a year-round farmer training collaborative that offers farmers, farmworkers, and aspiring farmers networking and learning opportunities. For more information or to join, click here. Or contact Sera Deva, Farmer Programs Associate (farmer-programs@organicgrowersschool.org). 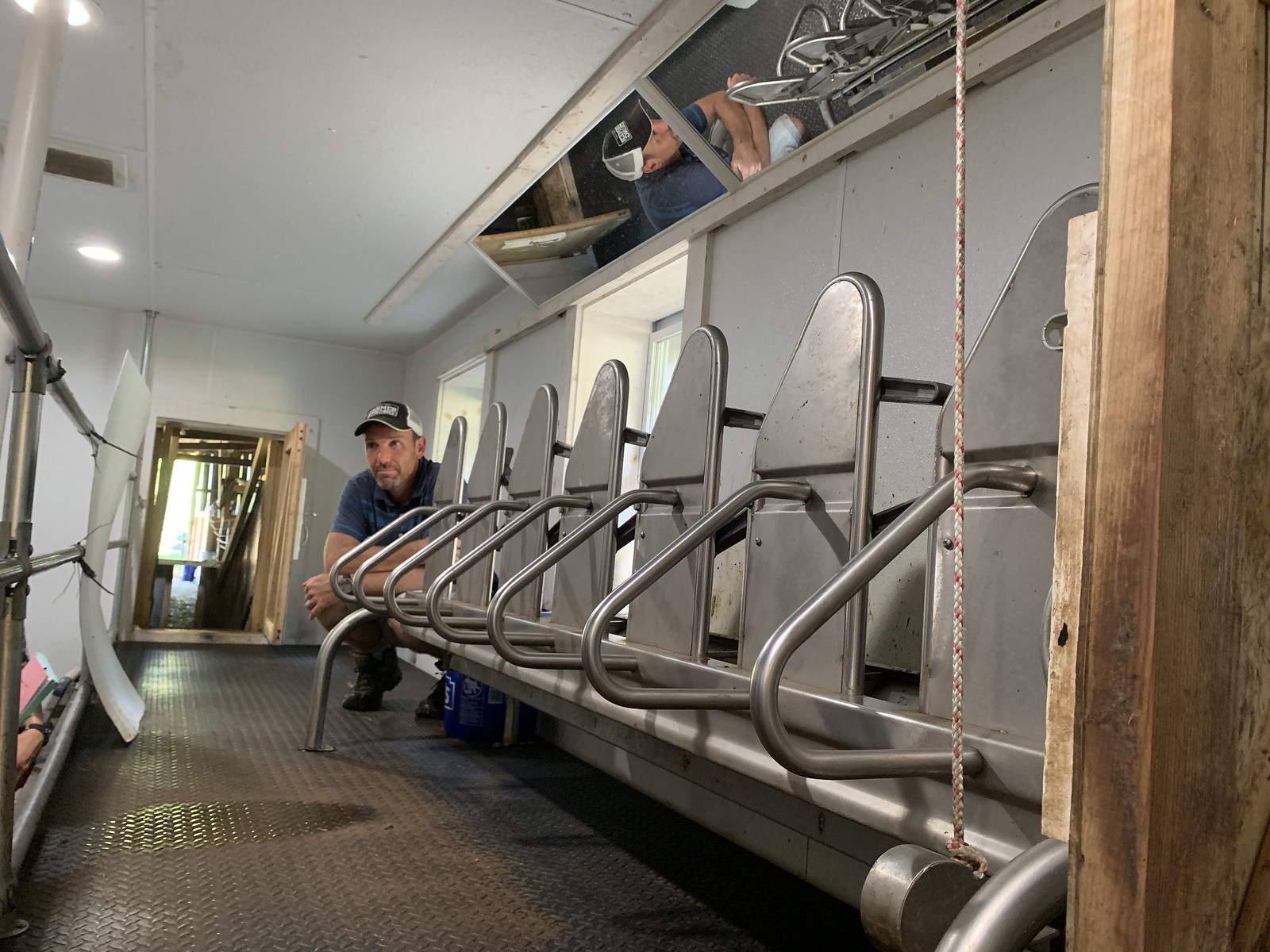