Gardens of Fairview: a garden tour addressing a growing need Jim Smith is passionate about food. For the past thirty years he’s been a farmer, consultant, landscaper, coordinator, and founder of all sorts of projects, both in and around the Western NC mountains as well as nationally and internationally. In fact, Jim has worked on farming projects in Bolivia, Chile, Guatemala, Zambia, Africa, and Cuba and has consulted on soils, soil building, cover cropping systems, green-housing, and farm systems. He was the owner of Good Earth Organics which imported organic and fair trade products from Costa Rica to the US for more than 12 years and he is a founding member of Organic Growers School, Carolina Farm Stewardship Association, and a former board member of SARE, the Southern Appalachian Research & Education Organization.

We’re lucky to have Jim in our community. Previously a resident of West Asheville, for the past five years he has called Fairview, North Carolina home. And he’s on a mission: to end hunger in his community, and in turn help people feel more connected to the land, to their food sources, and to their fellow neighbors. The solution, he says, is the home garden.

On June 4th, 2016, Smith single-handedly coordinated a Fairview-wide garden tour with 12 large scale gardens that attracted over 150 attendees from across western North Carolina. The inspiration for the project came to him while he was teaching gardening workshops last November. He had seen news articles about hunger in Western North Carolina in which much of the food being given away was canned goods, which struck him as unsustainable. Recognizing his own relative ignorance about WNC’s current strategies to combat hunger, Smith visited 15 different agencies that were providing food to people in need, one of which was MANNA Foodbank.

“The numbers were staggering, and the need was growing, not diminishing,” Smith said. “The woman at MANNA said that there are 100 agencies – churches and groups – in Buncombe County alone providing some pantry.” According MANNA’s 2014 Map the Meal Gap data, approximately 108,000 people in Western North Carolina who don’t have access to three meals a day. “When I put all that together I realized that I need to refocus [my workshops] somehow. It should not be about me teaching gardening, but about who’s gardening,” he said. Smith decided to coordinate a garden tour to help showcase gardens that are growing food in Fairview. “The idea is to show people what can be done, to teach people what can be done, so that we can get more food to people who need it,” he said. In January he put an ad in the Town Crier, Fairview’s monthly nonprofit newspaper, to ask if there was anyone growing food that would be willing to open up their gates to share growing ideas with other Fairview Residents. Within three weeks he had 12 gardens to showcase on the tour. “It fell in place very quickly, kind of magically. The whole thing just seemed to happen,” Smith said.

Smith believes that giving food away is just a bandage to a deep wound: that more and more people today are out of touch with the basics of food, kitchen, and garden literacy. Smith has seen evidence of this at the Fairview Farmers Market, a new market this year. “We have people coming to the market who don’t even know what collards are…. We have people coming who don’t cook anymore, who don’t know what the fresh produce is, and they aren’t used to supporting [local food]. It’s so easy to go to the grocery store,” he said.

According to A Nation of Farmers, “The cost of flying in food from far away and shipping it across the country in refrigerated trucks is rapidly becoming unviable. More Americans than ever before require food stamps and food pantries just to get by, and a worldwide food crisis is unfolding, overseas and in our kitchens.”

Smith proposes a grassroots solution to this food crisis. “Food production is what I’m after here, fresh food. If you’ve got some extra, you can share, or you can grow extra to share. You’re getting exercise, there’s trading, there’s community. [The Garden Tour] grew from what I was looking for. I just allowed that to happen, to grow. Gardening encompasses all the things that create community,” Smith said.

The garden tour attracted over 150 attendees to Fairview and raised about $400 to cover costs for another garden tour. Jim said that there was a social outcome that he hadn’t anticipated: increased community socialization. The gardens involved continued to socialize after the tour with three gatherings in the following week; they wanted to be able to see each other’s garden spaces. Smith said, “Another possibility that’s come out of this: visiting gardens. Could you do potlucks? Could you do some events? A dinner, workshops. There is a social aspect that people might want to take advantage of that. I hadn’t thought about that.” This grassroots community-powered event is exactly what OGS’s Home Growing Program is looking to support: People celebrating their local food growers on a home scale. OGS is developing systems to make it easier for community groups to ask for support in creating their own garden tours, garden work parties, potlucks, and workshops.  OGS provided online marketing support for Jim in an effort to spread the word in Fairview, and is eager find other ways to connect the WNC agricultural community to home grown food.

“Can this be replicated elsewhere? Yes. I don’t want to use the word ‘should’, but I think it does offer a lot of opportunity to learn and create this foundation for being a sustainable option to get people growing their own food,” Smith said.

Are you interested in creating your own garden tour or project but need some extra resources, volunteer support, or online marketing connections? Reach out to OGS’s AmeriCorps Service Member to find out more about how Organic Growers School can help your project get growing.

Food production is what I’m after… fresh food. If you’ve got some extra, you can share, or you can grow extra to share. You’re getting exercise, there’s trading, there’s community. [The Garden Tour] grew from what I was looking for. I just allowed that to happen, to grow. Gardening encompasses all the things that create community.

Click through the albums below to view photos from some of the gardens! 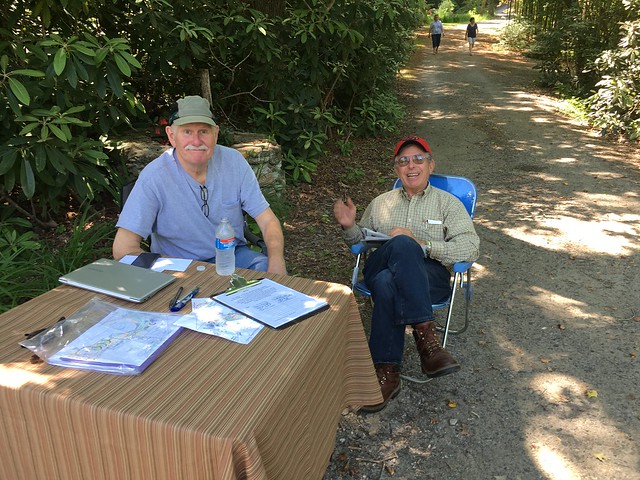 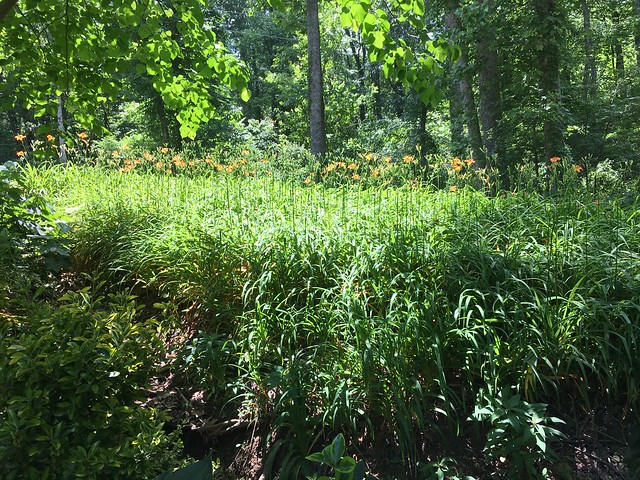 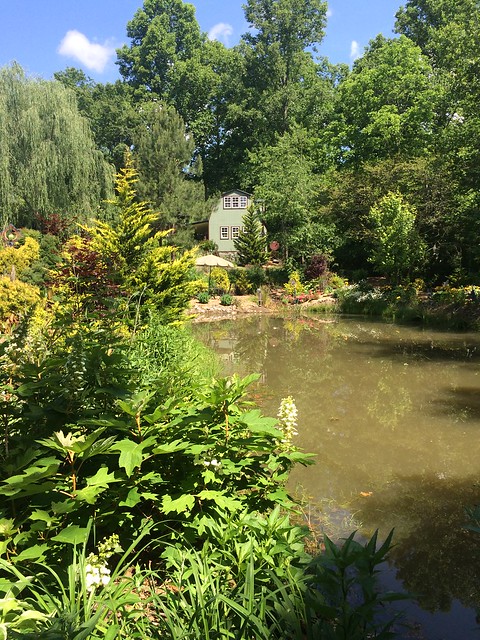 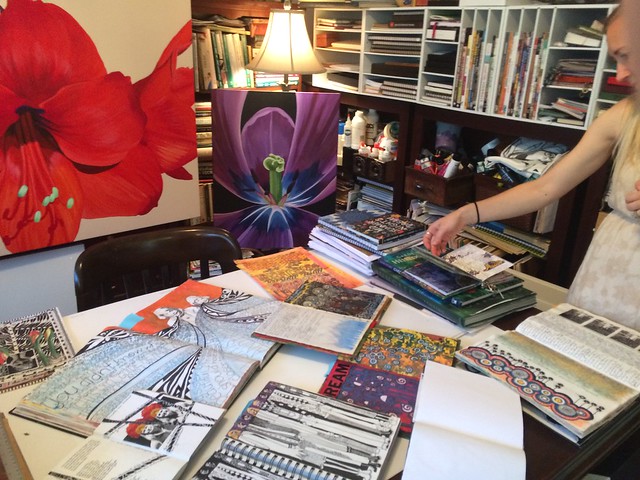 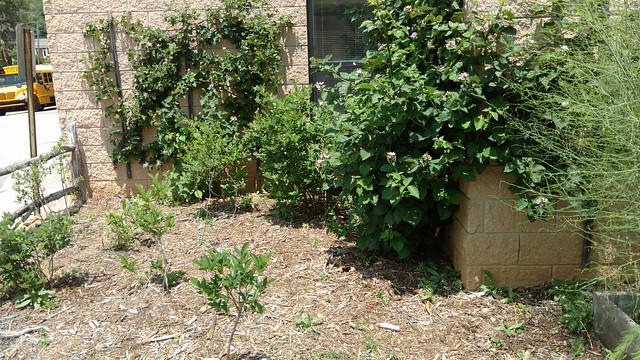 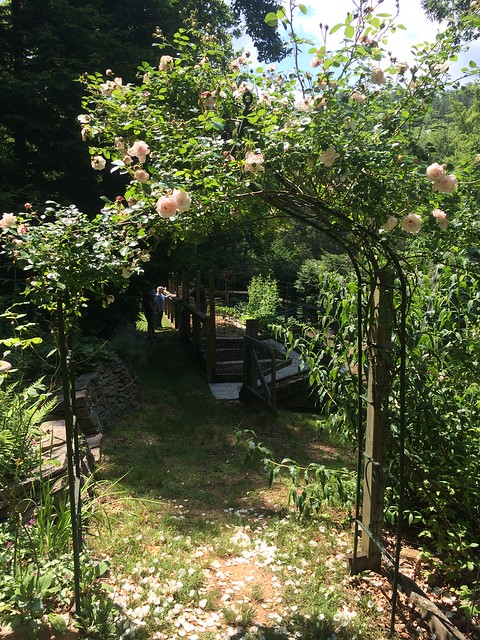 Agatha Hannah holds a degree in Environmental Studies — Sustainable Agriculture from Warren Wilson College. She has more than twenty years of experience working with non-profits focused on farmer education and sustainable and regenerative agriculture at the local and national levels. As a farmer, mother, and community activist with an off-grid homestead in Floyd, Virginia, Agatha has a deep commitment to cultivating a vibrant agriculture system based on thriving family farms.